I am always on the lookout for a good drugstore primer and at £5 this was quite inexpensive.

I bought this a while ago but the product had remained unopened, when I did finally open it and start to use it I squeezed the packaging and a clear substance came out, I could clearly see that the primer was supposed to be a nude colour. In the end I squeezed the bottle out to get rid of the clear substance and see what the actual product was like when a massive blob of primer came out onto the back of my hand.

So I wasn't impressed there, once I finally did get to the primer it seemed OK so I gave it a try, the primer once applied to the face turns very sticky and reminds me on SEVENTEEN Stay Time Long Wear Primer.

It isn't a bad primer, I have noticed that it does keep my make-up on longer than others I have tried which is a plus and I like it for that, but I am really not impressed by the clear liquid that came out and then a big massive blob of product . The seal hadn't even been broken on the tube before I opened it and it's already separated. I may have just got a bad tube that may have been sitting under some lights for too long but it is still bad that, that can happen.

I won't purchase this again due to it might happen again which is still quite bad, other then that is was a good primer.

Gemma
xxxx
Posted by NeverendingTBR at 00:16 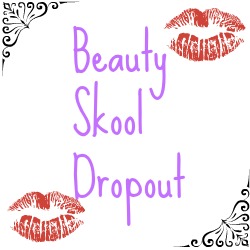